Skip to content
Previous Next
MTA RACING presents its future 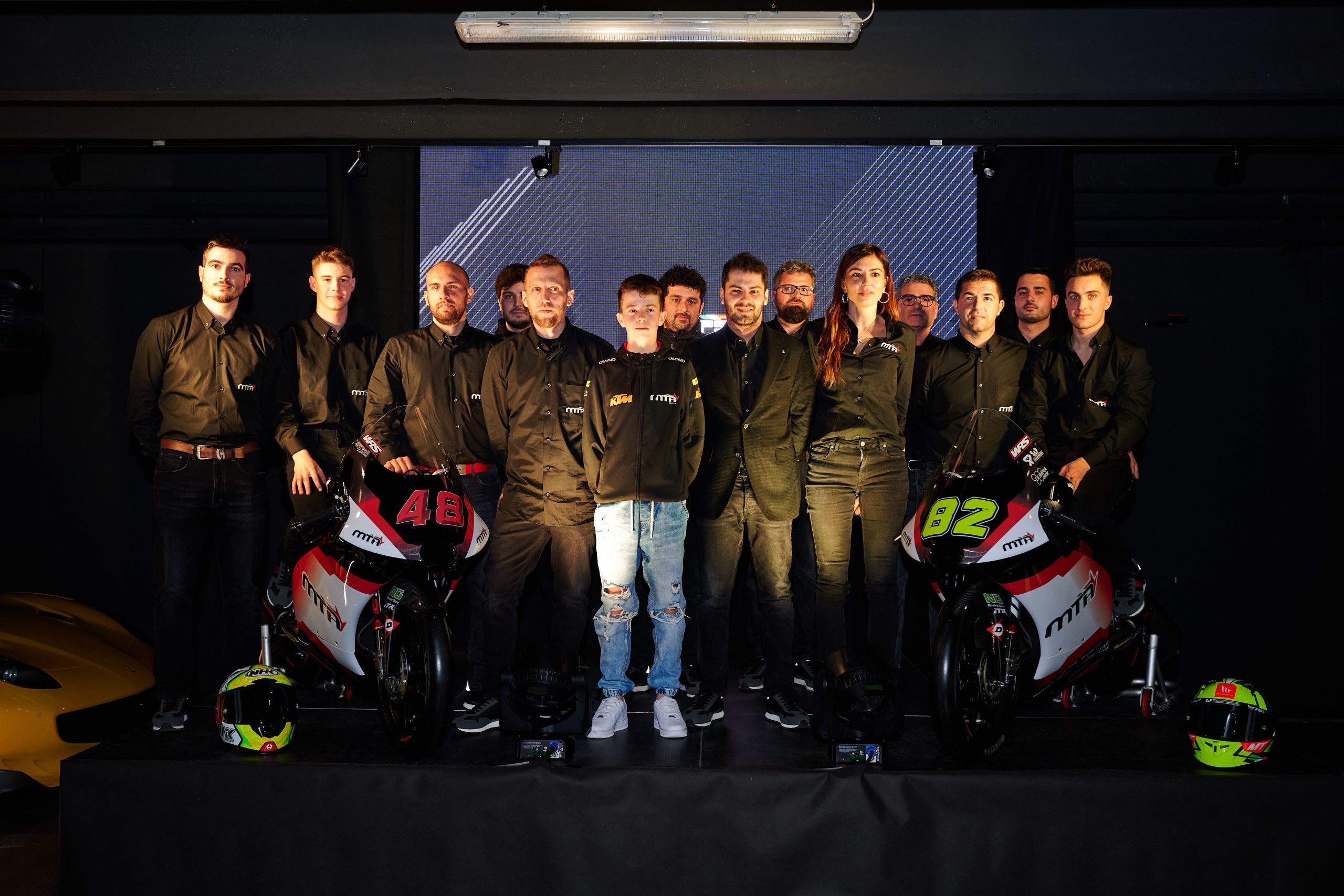 Passion, determination and hard work, but first of all a dream, a dream to be realized with all the strength at one’s disposal: to create a structure that takes care of young talents at 360 °, from the first steps on minibikes, up to success in the world, passing through other renowned national and international championships: the FIM Junior GP, the European Talent Cup and the Italian Speed Championship. To distinguish MTA Racing however, it is the humanity of his collaborators or the family atmosphere that reigns in the garage at all times, even in the most tense ones, thanks to a unique bond established between the guys on the team who not only shared difficulties, but also laughter, joy and happiness of those precious moments that made the history of the Marche team.

After four years and many riders accompanied to success, such as the star of the MotoE, Matteo Ferrari and the World Supersport champion, Andrea Locatelli, it is time to return to the Moto3 World Championship with a completely renewed team led by the former rider. Alessandro Tonucci :

“The 28th for MTA Racing is an important day as it will be this year. We have realized what was the dream of having a direct connection from the minibikes to the world championship; therefore, for a young team like ours it is an excellent goal. Now I’m very excited and I really want to start with the first tests together with our two riders. We have an enviable line up in both the world and junior world championships. I think the riders will be able to fight for top results. I am very curious and motivated! “

And it is precisely during the inauguration of the team in Falzè di Trevignano, province of Treviso, on a gloomy January day that the sparkling colors that will characterize the team throughout the 2022 season and in the championships in which it will participate were unveiled: flaming red, glossy black and a touch of white to illuminate and capture the attention of the whole audience.

Under the spotlight of the Venetian stage, the lights also welcomed the standard bearers of the Senior team of the Moto3 World Championship: the highly sought-after Spanish diamond Ivan Ortolà , MTA Racing rider since last season, the year in which he became world runner-up in the Moto3 Junior and Best Rookie in the category, after races fought to the last second and breathtaking overtaking, and the Italian promise Stefano Nepa who, thanks to the experience gained last year in Moto 3, will be able to aim for the Top 10 and play an interesting team game that will propel everyone even higher.

Between the presentation of MTA’s new 360 ° project, the unveiling of the bikes and a roundup of opinions from the two senior riders on the new livery and expectations from this season, there was also room for the championship’s younger brothers. FIM Junior GP: the well-known Xabier Zurutuza , a small Basque star who has been the protagonist of every championship in which he participates since 2017 and the Japanese rookie Kotaro Uchiumi , who entered the European scene only last year in the European Talent Cup, but is already a promise on which all the spotlights of the motorcycle world are focused.

In short, sparkling colors and two amazing line ups that can easily make you dream and aim for the top of the standings to replicate the excellent results of the MTA Racing team obtained last year.