Skip to content
Previous Next
Iván Ortolá, protagonist in the flames of Aragón

Protagonist in the flames of Aragón 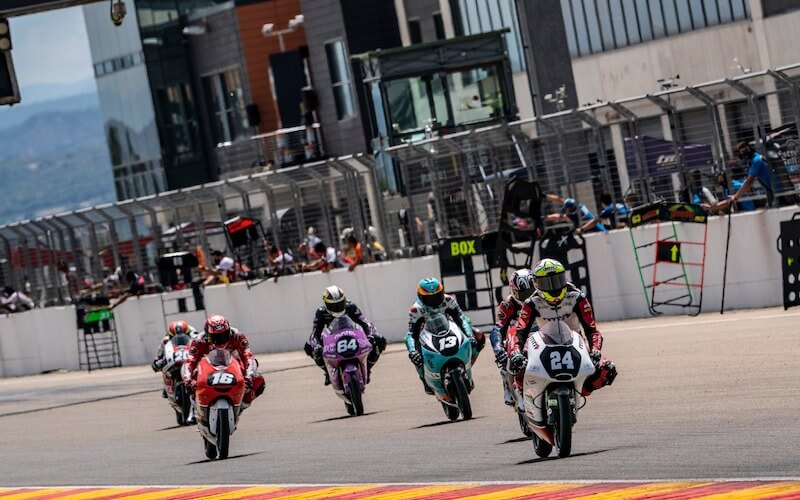 After last week’s Tests in Aragón, he returns to the track to face the buoy tour of the season, where during the Saturday Iván Ortolá unable to compete in the first round of qualifications for a technical problem in the motorcycle, the which, however, is resolved promptly by the impeccable work of the team just in time for the second round, in which the Spanish to stop the clock for the third place, winning the sixth box in the grid for the race the next day.

Despite the temperature, the pilot concentrates in a good partnership that allows him to sign the fast turn in 1.58.4 day at the second turn that occupies the third position and is in battle with Muñoz, to a tenth of a loose wheel, and leader of the gara. Lap after lap, he keeps the best lap, even though he climbs to fourth. Just after the finish of the seventh lap, however, he manages to regain the third place at the expense of Muñoz, then take second place and get closer to Holgado again, to start studying it and finally overcome it when there are now only three more laps to the checkered flag.

The step is there and the gap that Ortolà creates proves it. However, Kelso manages to sew it up, and then also regain the leadership, not counting however that the number 24 is quite determined, in fact, Ortolà does not give up and puts himself back in the lead two laps from the end, two very long laps. He passes the first sector and is in the lead, then the second where he is still leader, he also leads the third, but at the fourth he is threaded by Rueda. He did not give up and defended the second position with teeth from the ruthless Muñoz and Kelso, also looking for the first category victory.

Then the last round begins, but it’s battle! Ortolà reconquers the first position, although it is difficult to maintain it given the ruthless Rueda that puts itself immediately in front, a sector from the end and with very few missing opportunities. Hopefully in the wake of the finish line, but it is precisely because of the latter that Ortolà takes the chequered flag in 4th position, behind a winning Muñoz who surpasses the MTA driver also in the championship standings, but without detaching too much.

“We have worked well, I am happy with my work and if we continue like this the results we expect will come. I thank the team for the fabulous work they are doing. After what happened to Hugo, today’s result is the last thing I think about. Give your family a big hug.”

In this regard, the entire si MTA team renews its deepest condolences to Hugo’s family, his team and his friends.