Skip to content
Previous Next
Argentina GP: what aggression! 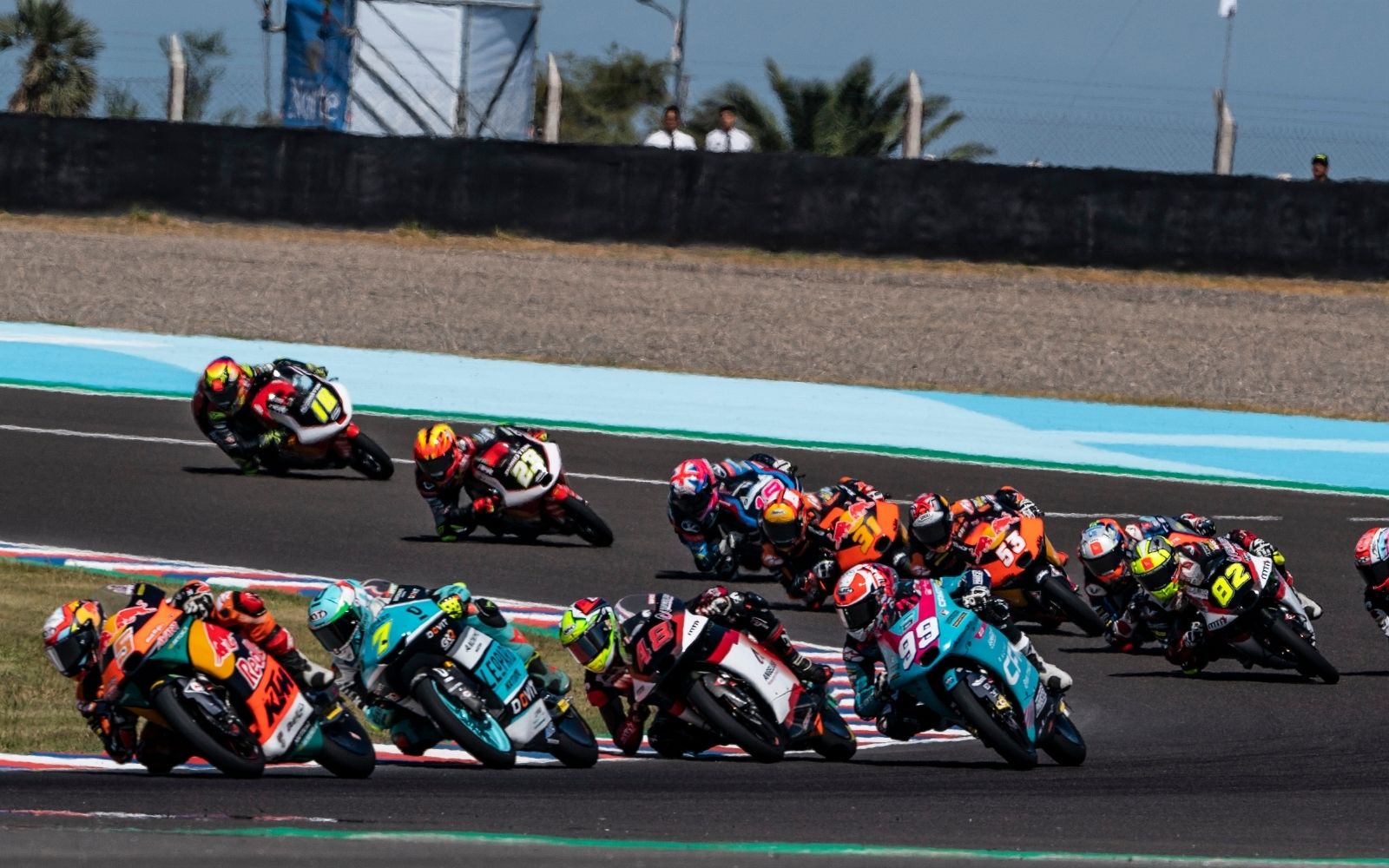 The roaring engines when the green light goes out start the third GP of the season which sees Iván Ortolà immediately start the attack, climbing up to eleventh position, as well as Stefano Nepa who enters the fight from the very beginning with the very experts in the category. .

The Spaniard Ortolá manages to get immediately in the wake of the very fast Foggia, but after a few laps he remains entangled in the rear group, the victim of an abrupt contact, therefore not being able to recover enough to keep up with the others. The good feeling with the bike still allows him to ride and remain attached to the rear of his opponents, gaining invaluable experience that will serve him to improve that bitter 15th position gained today after the passage under chess in the future stages.

“I got off to a good start, managing to get into the leading group straight away. I had a good pace, but then I had contact with another rider and I lost ground. After that it was difficult to recover. I have to keep gaining experience so I can improve and fight for the positions that matter. Now let’s think about America and hope that everything goes well. “

Stefano Nepa also had to face ferocious overtaking throughout the race, so much so that he completely broke his windshield and made his airbag explode, but his determination led him to fight as if nothing had happened, being able to conquer the 16 ° position.

“I have to look at the positive part: the start was very good, I was able to recover immediately and I felt good. Then I was sorry to have been hit like this, I was hung on the bike due to a contact with an opponent, I began to skid and another rider arrived who could not help but take me in full, making my air bag explode. . From then on I tried to recover as much as possible. I thank the team for the amazing work they have done and the support they are giving me. We need to start changing this line of results and I hope America is a good omen. “

The Angeluss MTA Racing Team Manager, Alessandro Tonucci , is satisfied that he was able to prepare the bikes as planned, but at the same time he regrets the small step that still has to be reached:

“I’m confident, the guys have a good feeling with the bikes and it’s already a good result. We knew that we would have had to deal with more than tough opponents, now the goal is to take that little extra step, the most difficult, but we don’t stop working. Head down and already in perspective in the next stage, in America. ”